Importance of the Administration and the Business Management

The leading technology companies announce automatic driving vehicles already in evidence (for example, Google’s driverless vehicle has already traveled more than a thousand miles autonomously). Imagine a world in which all this was real:

A world in which vehicles rarely suffer accidents, since a great majority of those that occur today are due to human errors, and humans will decide few things on vehicles without a driver; in which the typical traffic jams of the big cities would decrease, since the vehicles choose the best routes in real time, adapting to the speed required at each moment and maintaining the correct safety distance; in which the energy consumption decreases, due to the greater efficiency of the engines and combustion mechanisms; in which the transport cost per person is lower, since shared transport optimizes the use of available vehicles; in which infrastructure maintenance costs are passed on to consumers according to actual use, which allows for better planning and design.

A world in which the model of public and private car parks is radically altered, decreasing its use based on the reuse of vehicles by users; a context in which the monitoring of compliance with traffic regulations and traffic infractions is significantly reduced. The vehicles are tremendously respectful with the laws. And in addition, a world in which the transport of merchandise is sustained in an autonomous network that circulates without rest, what would cheapen in cost by unit transported and would diminish the times of delivery. Intermodal transport would be based on the same principle.

In conversations with industry leaders, it is constantly heard that newcomers are not aware of the enormous complexity of the development of a vehicle today, and the challenge of introducing even more advanced technologies, as well as the rigidity of the environment regulatory framework in the developed world.

The picture could not be more complex, so that four possible futures could be developed at the same time, and coexist in time.

The first is the most conservative scenario that of gradual changes, in which the consumer of vehicles refuses to abandon the traditional property model, although there are shared ownership options and payment for use. The global model for manufacturers changes little: they will continue to bet on creating attractive vehicles for different customer segments, and incorporating improvements that will fall in love with the future owner of the car.

The second is the world of the shared vehicle. The expansion of vehicle sharing models occurs in certain markets and segments, providing clear advantages in the cost of mobility, so it would have greater acceptance in short journeys in large cities.

Another scenario, leads us to the revolution of vehicles without a driver. This scenario consolidates the development of intelligent driving technologies (advanced vehicle-to-vehicle or vehicle-to-infrastructure connections) and the promotion of regulatory measures that favor this modality.

With all the technological advances that we see every day … Have you considered how we will move in the future?

The future. This concept has always triggered our imagination. Not so long ago it was thought that in the year 2000 everything would be a kind of utopia in the purest Blade Runner style. However, the technology had not advanced so far as to give us something like that … And now?

Although it seems a lie 18 years ago that year 2000 and the acceleration that the advance of technology has suffered during them has been spectacular.

We have smartphones that increasingly have more applications to make our lives easier. Intelligent computers, prototypes of artificial intelligences … But if there is something we cannot finish with, it is with traffic jams. For this reason, many of the technological projects that are currently being developed are part of the transport sector.

We no longer speak only of faster international transports that allow us to cross from one side of the planet to another in a short time, but also to respond to needs more typical of our day to day.

The other great challenge of these investigations is to make these new transports more sustainable. There is no point in concentrating on researching for the future if we do not take into account the serious problem posed by pollution and the advancement of climate change, right?

The progress of this research makes it clear that drivers will gradually be relegated to the position of simple passengers, since automation seems to be the future of transportation. Do you want to know in what ways you can move within a few years?

The company Dahir Insaat is the creator of this proposal for public transport of the future. Its system is based on large capsules of oval shape that would circulate on the traffic thanks to retractable masts on rails.

It is also an electric transport powered by solar energy that would circulate at two heights, an intermediate for short trips and a higher one that could go faster for long transports. Interesting, right?

Probably the option that we can see in less time. This type of vehicle would be used both in public and private transport and would be based on a principle of vehicle interaction with the city’s infrastructures. Implementing the use of these could help reduce bottlenecks.

Already only the name sounds promising. China and Japan are the main drivers of research in rail transport and has already experimented with prototypes that can reach 600 km / h based on the principle of magnetic levitation.

If there is a means of transport of the future that captures all our attention, it is the one devised by the well-known Elon Musk, founder of Tesla. Hyperloop promises to be the true transportation revolution of the future.

Do you remember those science fiction films in which people moved in capsules through large pipes? It may not be so long to see something similar.

Hyperloop’s small-capacity capsules would be moved at supersonic speed through a tube that would connect both places. But in addition to the speed the other benefits that Hyperloop would mean would be its low cost and its non-polluting nature, because it would move thanks to electromagnetic energy.

Image purcahsed from shutterstock by uploaded by Syeda Productions 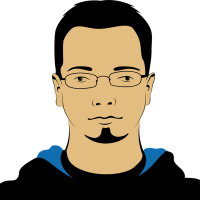 How ICT can Reach Everyone: The Opportunity of Digital Transformation