Out of various roles of Information and communication technologies in our life, here we come up with the most important ones.

It should be noted that this does not always mean the social rejection of previous technologies, but it can also lead to the resurgence of a certain medium, through the creation of a medium of a similar nature but with greater potentialities.

Such is the case of the personal correspondence medium, whose use was considerably reduced after the appearance of the telephone, but increased again with the creation of the electronic mail system.

Advantages of Information and Communication Technologies

Given that Information and Communication Technologies have a very broad scope, reaching impact on important sectors of today’s society, such as the economic, social, educational, etc., there are specific advantages that their use can facilitate for each of these areas.

However, it is possible to point out some of the general advantages that can be derived from the application of these technologies:

1. They facilitate long distance communication. There are fewer and fewer barriers that hinder the interaction between each other, since information and communication technologies have made it possible to exchange messages remotely and instantaneously.

2. They provide access to abundant and varied information. Thanks to ICT we can be aware of what happens in any part of the world, in addition to having information from different sources but that revolves around the same topic.

3. They allow the development of activities or operations through the network, as is the case of popular e-commerce or electronic commerce, which has greatly facilitated the lives of its users and every day continues adding more and more of them.

In this way, our need to move and leave the physical space in which we find ourselves to obtain a product have considerably decreased.

Like e-commerce, other similar terms have also been developed, such as e-business (e-business), e-health (e-health), e-government (e-government), e-learning (e-learning), e- work (teleworking), and the already well-known e-mail (e-mail), all thanks to the impact generated by the application of ICT in the different sectors of society and the global economy.

4. They give rise to the creation of new jobs in the area of ​​telecommunications (teleworking), and have made possible the emergence of new professions such as: software engineer, multimedia designer and web designer, network engineer, network technician, computer teacher, teleworker, etc.

5. Information and Communication Technologies favor the promotion of business and business activity, through the combination of the internet and marketing.

The term “user” is the one that defines individuals who keep in touch with Information and Communication Technologies. Now, just like these technologies, users can be classified according to their level of experience in the field. In such way, we have the following: 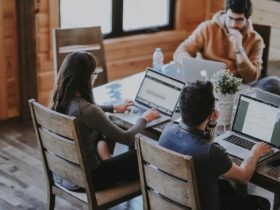 Benefits of Laptops for Students 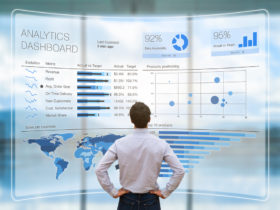 The importance of Business reporting 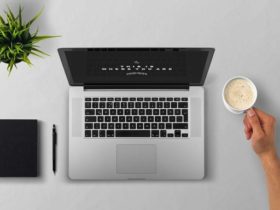 4 ways to take your startup business to the next level